In Memory of Alberta Hemauer

All Obituaries
|
In Memory of Alberta Hemauer 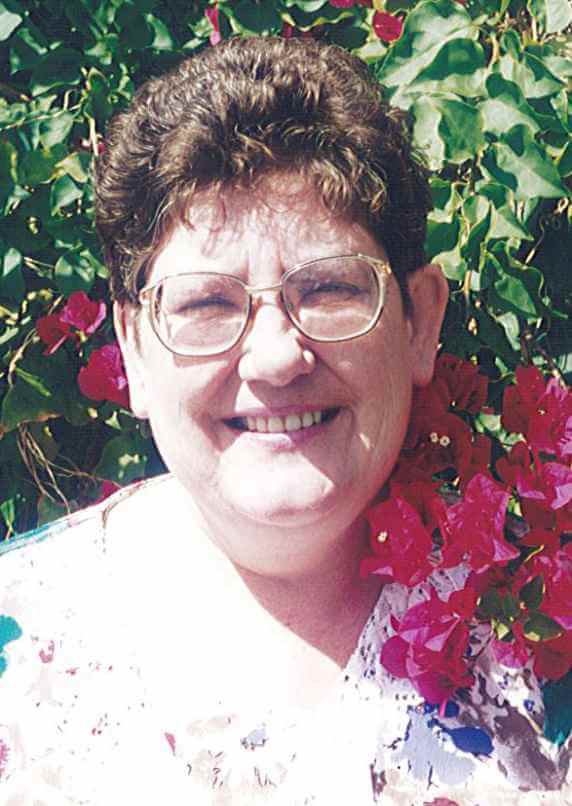 Alberta was born in Dauphin, Manitoba and at a young age moved to The Pas, Manitoba with her parents.  She met and married James Hemauer in 1971 and in 1978 became co-owners when they purchased Hayes Funeral Home on Larose Avenue.  Alberta went on to receive her Funeral Director and Embalming License in Winnipeg in 1989.  In 1990 they built Hemauer Funeral Home at its present location on Lathlin Avenue.  Alberta semi-retired in 2006 but continued to maintain her licences up until her passing in 2011.

Alberta Lynn Hoskins was born Friday, September 13, 1946 at Dauphin General Hospital, the daughter of Albert and Evelyn Hoskins and a chubby baby sister for Billy.

She moved to The Pas in September of 1954 and attended the Red Brick School, where she and many students had Mrs. Alrust for their “strict” teacher.

The Hoskins family moved to Settee Avenue in 1955 between the Hiltons and the Thompsons who were friends and neighbours for years to come. Alberta took piano lessons from the sisters and chummed with her dear friends Carol Marynuk, Bev Carnegie, Sharon McNichol and Paulette Aamot.

Being the only girl in the family, Alberta was a bit of a tomboy growing up and never afraid to say what she thought, but also was a very caring person. Alberta was so proud when her first nephew David was born and spoiled him to pieces any chance she had.

Alberta worked as a car-hop at the Dutch Drive Inn while she attended high school. Following school, she took a secretarial course at Northern Manitoba Vocational Center and later worked there as a secretary and later moving on to work for the Town of The Pas as secretary for Steve Samu, the town engineer at the time.

Alberta met James at a Remembrance Day Social at the old Legion Hall in The Pas in 1969 where the Loewen Orchestra was playing. Alberta’s mother Evelyn played the piano in the orchestra.

Alberta and James were married Saturday, June 5, 1971 at Our Lady of the Sacred Heart Cathedral, The Pas with Rev. Vienney Belanger OMI presiding.

Together through the years they loved to travel. Exploring most of Europe, almost every state in the USA and all over Canada from Victoria, BC to Cape Spear, Newfoundland and continued to travel throughout their lives, attending funeral directors conventions throughout North America.

One of Alberta’s favorite places to go was to Las Vegas and they made annual trips there. She wasn’t a big gambler but loved to see the shows. On one of these trips, in true funeral director style, they happened to attend Liberace’s memorial service and sat in the family pew amongst celebrities such as Debbie Reynolds, Rich Little, Robert Goulet and Tanya Tucker.

After years of trying to start a family, Neil was born September 8, 1975. Alberta was so happy and would always play songs with Neil on the piano.

After a period of being home with Neil, she then worked as the first female Parking Meter Maid for the Town of The Pas.

Leanne was born August 24, 1980 in Winnipeg and in September of 1980, she made her first flight, arriving at The Pas Airport where Alberta and James were presented with their newly adopted daughter. Alberta made sure that Leanne felt special and loved and there was always time for one more story.

In 1999, Alberta fell in love again when her first grandchild was born, another 4 came into her life after that and they all were special to her. Everybody that knew Alberta, knew that she had 5 grandchildren and she told people everything about them. There was nothing in the world that became more important to her at that moment and up till the day she passed away than her grandchildren. Family was very important to Alberta and she loved every minute of being with her kids and grandkids.

Alberta loved to sing and she would sit at the kitchen table singing hymns from her prayer books, building her strength from God.

She always loved being at the cabin and her and Leanne made it a mission during the entire summer of 1997 to make it her perfect solitude. It wasn’t a mansion, but it was to her.

Alberta loved animals and she missed the family dog Riot very much when he passed away in 1999. Later on Lennox was another special dog in her life that she spoiled and was her constant passenger in the car. She was passionate about animals and would often donate to the Humane Society and foster animals.

Alberta was diagnosed with cancer in 2010 and despite many treatments, succumbed to her illness peacefully in her sleep Saturday, July 30, 2011 at St. Anthony’s Hospital, The Pas, Manitoba, age 64 years.

Prayers and visitation were held Friday, August 5, 2011, 7:00 pm at the Chapel of Hemauer Funeral Home, The Pas, Manitoba.

The funeral service for Alberta was held Saturday, August 6, 2011, 1:00 pm at Our Lady of the Sacred Heart Cathedral, The Pas, Manitoba with Rev. Paul Bringleson and Rev. Djura Maljik presiding. Music ministry was provided by Rochelle Rydberg and a music tribute was performed by granddaughter Amilee Lamb. Scripture readings were proclaimed by Pastor Betty Olson, Rev. Woodrow Ruten and Tara Zukewich. Eulogy was delivered by Janyce Macey.

Following the interment prayers at Lakeside Cemetery, a reception for family and friends was held at the Guy Hall, The Pas.

If friends so desire, donations to The Pas Health Complex Foundation, Inc., Memorial Fund, Palliative Care Division, Box 541, The Pas, Manitoba, R9A 1K4, or to a charity of choice, would be appreciated by Alberta’s family.

We use local florists to take care of your expressions of sympathy.
When you place an order, we will send all of the service details to the florist for you.